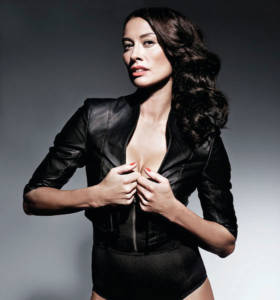 Another four celebrities – Melanie Sykes, Kym Marsh, Catherine Tyldesley and Sally Lindsay – have all had their phones hacked and intimate images leaked on an X rated site.

The worst hit was TV presenter and former model Melanie Sykes where 23 private photos of her were posted online. In three she was naked, five she was topless and in the rest she was wearing lingerie.

The incidents have been reported to police and the site in question, which cannot be named for legal reasons, has since taken the pictures down. Kym Marsh, who scooped the Best Female Dramatic Performance at the British Soap Awards, said of the hacking of her initimate snaps, “I felt immediately sick to my stomach and was extremely upset – it’s been devastating for me and my family.”