Grammy nominated producer, remixer and composer Dimitri From Paris has pioneered the disco scene for an impressive 35 years. Headlining the 51st State Festival on August 4th, he has made every member of the 25,000-strong crowd jump on their feet and party. Dimitri makes every one of his repertoire of reworks sound effortless; no mean feat when the original tracks are by the likes of Disco’s greatest musicians including James Brown and Nile Rogers. When Dimitri left the stage after his performance at Trent Park, we accosted him and found a glamourous spot backstage next to a digger to quiz the DJ on all things disco.

So Dimitri, what made you fall in love with the disco genre?
Oh wow, where do I start? The live element. You feel the energy and the actual soul with disco, more than any other form of music. It has real instruments, it is organic and it is better than any other form of dance music – in my opinion. I love the raw beat and strings – a perfect blend of pretty and beautiful.

You were influential in getting house music played on mainstream radio in France and Europe. Was it a hard move at the time?
I am happy to help people discover music and people tend to go with what they know. I love sharing music I love.

You have modernised disco. What spurred you on?
It has always been my dream to share music with my fans. Disco has it all.
You have collaborated with some musical legends including James Brown, Nile Rodgers, New Order, Bjork and The Brand New Heavies. Who was the best to work with and why?
I loved working with Nile Rodgers and Bernard Edwards. They are disco greats and made a very strong imprint on how music is played today. I actually feel honoured that I can remix and play their songs that I grew up listening to.

If you could collaborate with any musical act who would it be? Jay Kay from Jamiroquai is insane. ‘Return of the Space Cowboy’ is amazing. ‘Cosmic Girl’ is one of the best contemporary disco tracks. I would love to get him back into disco. Let’s make it happen!

Dimitri From Paris Present Le CHIC Remix album was released on Glitterbox Recordings on 27th July. How’s it going?
It’s doing well and it feels amazing to be accepted by the disco greats that I grew up listening to. Listen for yourselves. The disco genre is almost 40 years old but I really feel recreating this album is a huge honour. Not only to remix but to get new tracks approved by the artists themselves.

What album are you most proud of and why?
Honestly my latest album, Dimitri From Paris Presents Le CHIC Remix as I really believe Nile Rodgers and CHIC are the pioneers of disco. It feels amazing to be accepted and to work with such greats.

What makes this album stand out compared to your previous albums?
It’s a revival.

What was the night like in the Playboy Mansion, as per your album title? Tell me you have been!
Yeah, it was fun. Hugh is a lovely guy. Surprisingly, soft spoken and very elegant.
You are obviously here enjoying the 51st State Festival and the London crowd at Trent Park. Where do you like to DJ most in the world?
I love London! Although, Paris and Japan are my favourites.

Do you think there will be a resurgence in house music as hip hop and RnB still seem to dominate the club scene these days?
People tend to go with what they know and what makes them feel comfortable and that is fine. I think there is room for everything and we don’t want one thing to be the same all over – it will get boring. People are inspired by what they love and disco is in a good place right now. There are other forms of music that are around but all we need is a few to take inspiration and get the roots of disco and let it flow.

Having a career spanning three and a half decades is pretty impressive. What are your plans for the future?
Do you know what? I never plan the future ahead – it’s up in the air. I am so happy to get new people and artists involved. I love sneaking in between the mainstream and the underground. Stay there and make people happy.

Now for our quick-fire round of questions.

Dimitri Digs…
FAVOURITE DISCO TRACK
Change – The Glow of Love.
FAVOURITE FUNK TRACK
You have my mind made up.
FAVE FILM
It’s a Wonderful life.
FAVE COUNTRY TO DJ
Japan.
FAVE ITEM OF CLOTHING
Bow tie.
WHAT COULDN’T YOU LIVE WITHOUT
It’s cheesy but it has to be music.
3 THINGS TO TAKE TO A DESERT ISLAND
Music, pen and paper (to write songs). And, a friend – my man Friday.
BEST CHARACTER TRAIT
I am pretty loyal.

Dimitri Disses…
WHAT CAN’T YOU STAND?
There are too many to recall really! If I had to pick one it would be people who are not reliable – that really annoys me.
WORST CHARACTER TRAIT?
Not tolerant at all.
WORST ITEM OF CLOTHING?
I have a bad neck tie collection. There are a few really cheesy ones. I have thrown the worst ones away though you’ll be pleased to hear.
WHAT’S YOUR POISON?
I have none! People think I do because I go to parties and clubs etc. but I prefer to sit down and listen to the music.

Dimitri From Paris Presents Le CHIC Remix is a 20-track album featuring three brand new remixes alongside the much-loved essentials all brilliantly remastered for 2018. There are tracks that have resonated with artists from Frankie Knuckles to Disclosure and Gilles Peterson to Mark Ronson. Alongside the remixes, there are instrumentals of each completing the ultimate bumper pack. Dimitri is set to perform at the Glitterbox Closing Party at Hï Ibiza on Friday 28th September. 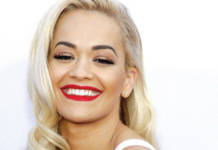 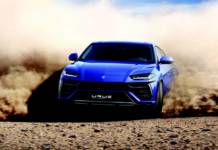 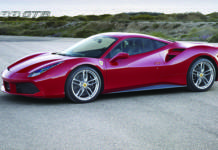