Gail Berry is a successful designer, stylist and a soon-to-be Marbella resident. Her designs have been picked up by the world’s most famous faces, including Madonna, Prince, Kate Middleton and Helena Bonham Carter.

In an exclusive interview with Marbella Rocks, British-born Gail spills the beans on how she how she broke the rules and became a respected fashion designer by giving women what they really want.

Gail grew up in a creative family. Her mother, Madeleine Mono, was a successful actress turned make-up entrepreneur. Her family’s business was making coats and suits for Harrods, so she used to spend a lot of time in the shops, factories and at fashion shows and events. Even before she was five Gail knew this is what she wanted to do.

“I believe you find out who you are in life very early on,” Gail recalls. “The earliest story I can remember was getting into trouble at school. I had a very boring wool skirt school uniform in my primary school but when I used to go to parties, I would wear dresses with beautiful, big petticoats underneath. I remember looking in the mirror and thinking how much better this old, boring school skirt looked with a petticoat! So I went to school wearing it the next day and the headmistress called my mother to come and collect me.”

She laughs at the memory, “I was told I had broken the school rules and in particular that I looked like a ‘lampshade’ to which my mother replied, ‘Don’t take any notice of that woman. She’s just jealous, you look like a beautiful lampshade.’”

“That was the first time I ever decided to take something and change it,” Gail confesses. “So when I went onto my next school, I had my very own blazer and skirt made, a different tie and I had a pair of shoes from Gucci. I was very out there at school! But then this is a blessing as my whole career has been about taking things and changing them so they actually look better.”

After her studies Gail went to live in the United States where she decided to start a customising business. “I would buy T-shirts from Woolworths, cut off the sleeves and hand-paint them myself. Within a few months I had my T-shirts in 21 stores across New York City. Then I went to Washington where I started customising tracksuits.”

Among her clientele was the Kennedy family.

After her time in the US, Gail moved back to London to start a family and spent a few years away from the fashion scene.

Gail couldn’t shake her penchant for fashion design though and her quest for the perfect pencil skirt led her to take the plunge in starting new boutiques in London’s sought after spots of Chelsea and the New King’s Road.

“I found a really lovely Greek woman in a dry cleaners where I used to take my pencil skirts to be customised. After a number of alterations, this woman suggested that I started making them myself. And that was it! I started a label called ‘Courtezan’ where I created the perfect pencil skirt among other designs.”

With the backing of her factory she opened a shop that she named ‘Courtezan’ in the Fulham Road in Chelsea and another, ‘Gail Berry’, on New King’s Road in Parsons Green.

“No one knew who I was when I first started but I had the most amazing people come and visit me. I had a doorbell-only shop. This was considered quite cool at the time but the only reason I had it is because I couldn’t afford an alarm system so I had to lock the door!”

Gail has since dressed many a famous faces over the years: Helena Bonham Carter, Jo Wood, Anita Roddick and Kate Middleton, to name a few. Pop and rock stars wore her designs too. Standout names include Madonna, Prince and Bob Geldof’s girlfriend, Jeanne Marrine.

Throughout her career the one thing that resonates with Gail’s collections is “finding what women want, need but can’t get! “ So Gail made it her one-woman fashion mission to address these issues.

Here are three prime examples of Gail Berry’s designs that compliment a woman’s figure as well as her wardrobe needs and wants:

Vests need to cover bra straps, so the vest strap should be at least 2 inches wide. Armholes should be cut high and the scoop neck should be wide in the front and wide at the back.

“Whether you’re 17 or 80, the vest I design is the perfect fit. I have over 200 pieces in my collection and I couldn’t live without these items in my wardrobe!”

Gail cuts all her pencil skirts in an upside triangle so they cut in at the waist, come out and then sit two and a half inches below the knee. “It’s a formula and it works,” she says. Gail always uses the type of fabric that doesn’t bobble, can wash and won’t fade at 40 degrees.

Gail is also a firm believer in dressing day to night and she maintains that women should look sexy while being comfortable at the same time. “Everything is to do with looking sexy and being comfortable. My clothes are able to do this, plus at non-haute-couture prices.”

Gail cuts all her tops so they go in at the elbows and wrists. Tops are always long on the arm and have cut-out holes to slip a thumb through if the owner desires. She feels that an elongated arm with the collarbone showing is sexy. Like her vests, armholes are cut high and the waist is long to lengthen the torso.

Another aspect of Gail’s clothing that adds to its continued appeal is that her fabric choices can hug women’s figures and pull them in the right places. Although Gail is very keen to stress that she believes in women being themselves whatever size they may be. “I do not espouse women not eating properly. I think it’s very bad that women think they have to starve themselves to be attractive,” she emphasises.

Typically Gail’s clothing comes in the popular sizes of small, medium and large. But she can make XS, XL and XXL, depending on the client.

“I think it’s about being comfortable with who you are. I’ve made pencil skirts for women that are a size 22 and beautiful. I’m don’t advocate women looking like sticks!” she says.

Gail is planning to organise private parties when she comes over to Marbella in February. She wants these to be a place where women can come and network, try on her clothes in a non-threatening and fun environment with a glass or two of champagne. If there is a viable market Gail would like to move here indefinitely. She currently resides in Italy and spends a lot of time in London.

“If women here already have an established network here, maybe selling bags or anything else really, I would be happy to collaborate with them,” she says. “Please call or get in touch Marbella Rocks readers if you think this could be you!” she urges.

Gail also has plans to open an atelier here if things go well. “My aim is to open not just a shop, but somewhere where women can go and enjoy fashion and styling. I really want to make a difference here in Marbella, in a good way.”

She is also in talks to bring a regular fashion show to popular Puerto Banus bar and restaurant, ‘Route 66’. You heard it here first!

Gail Berry’s latest designer collection is currently available at ‘Amira Boutique’ in Laguna Village, Estepona. She also makes made-to-measure clothing and accessories by private consultation. Gail can be reached on +44 (0)7771 715072 or gailberry112@yahoo.co.uk for appointments. 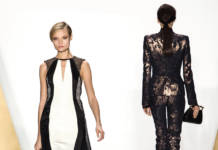 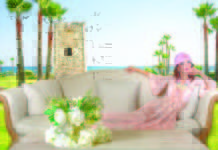 QUEEN OF QUEENS MARBELLA GOOD VIBES FROM THE MEDITERRANEAN 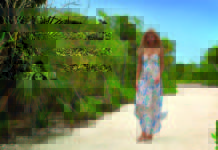 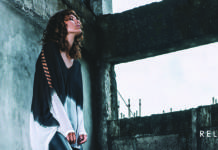 BRAVE THE ELEMENTS WITH RELIGION CLOTHING… 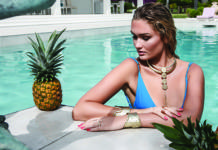 A TRIP INTO THE TROPICS – CAROLINE AZZI