Want to get fit, make a change, build some confidence in your appearance, get shredded for summer or even fancy stepping onstage to compete? Where do you start?

Well, in a time where we have uncalculatable (did I just invent a word?) access to information, where the average British household owns 7.4 internet devices, hell we are practically walking around with mini supercomputers in our pockets. It might seem that all the info we need is right in front of us. Unfortunately it’s not so clear cut and you can end up spending as much time wading around the contradiction, misinformation and pure marketing lies as you would actually dieting and transforming your life.

Day in day out I’m constantly covering and debating the usual business of common misconception – that the magazines and blogs have us believe and without it quite frankly I would be out of a job. That being said I love to talk about these things so what better to ramble about this month than a few common “fitness myths.” 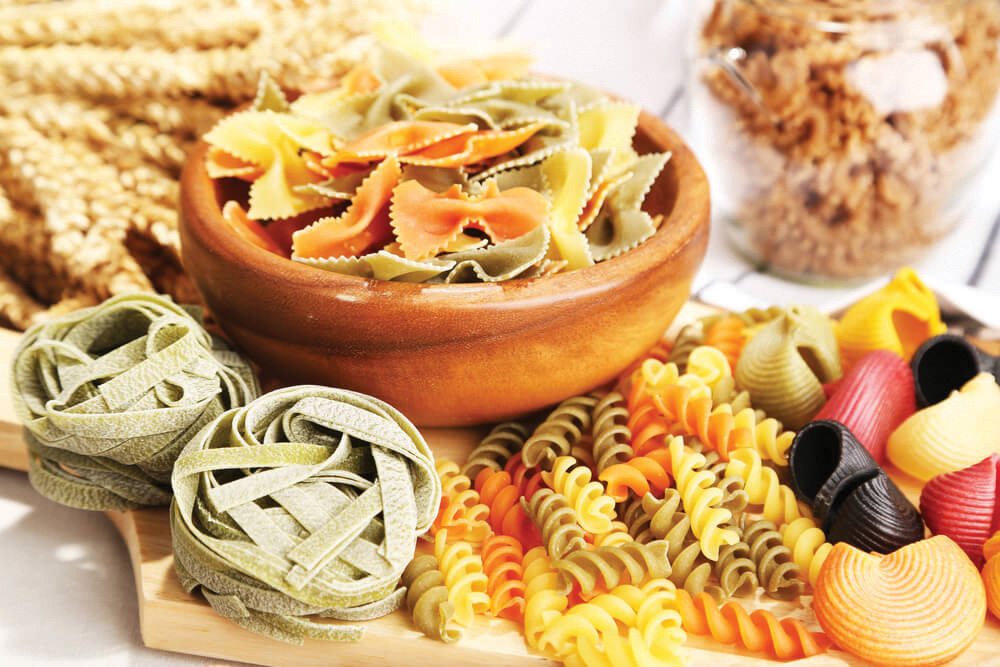 When it comes to common misinformation regarding nutrition and diet, this imaginary bogey man, the whole notion of “no carbs after 6pm” is my favourite. Literally it is just ridiculous and ignorant to at some point hear this phrase and just recycle it as fact. Unfortunately you don’t need a qualification or licence to write an article or advise someone on nutrition and most generic fitness  “experts” are churning out clichés and B.S like this all over the internet and in gyms across the globe (and charging you your hard earned for the privilege). This common bogus health tip has evolved from the perception that large meals at night time cause weight gain because you’re not engaging in activity that “taps into carb stores to burn them” or “metabolism is slower during sleep” and other nonsense like that. NO just NO!

The common counter argument to this is usually “your body doesn’t know what time it is” and it’s a good one but because this particular subject is one garbage that really grinds my gears, I’m going to go a little more in depth here.

So apparently I hear your Metabolism is slower when you’re sleeping! OK (Cracks knuckles) Sleeping Metabolic Rate (SMR) actually yo-yos through the night. It’s shown that during the beginning period of rest yes it slows up to 35% BUT we then find as these studies go on that it actually then increases during REM or deep sleep. This balance would suggest that overall metabolism and fat oxidisation during a sleep period of let’s say 8 hours doesn’t actually differ from that of your Resting Metabolic Rate (RMR).

There is also a difference in your SMR dependant on your physical make up and activity levels. Your overall level of exercise can affect your sleeping metabolic rate and unless you are obese and sedentary not only does your SMR not slow down it actually increases. So, in much the same way we treat muscle growth as “stimulate in the gym and grow during sleep”, we exercise in the day and oxidise fat during the night regardless of your evening carb intake. So not only does your metabolic rate not slow down during sleep, it actually in most cases INCREASES!

Also, if deep sleep (REM) increases the metabolic rate then the release of hormones such as serotonin/melatonin that promote sleep during the digestion period is very very welcome and alongside the elements of slow release nutrients keeping you in a fed state for longer. The argument for eating let’s say a bowl of oats and protein (I’m eating this before sleep 99% of days NOM NOM) is even further cemented. And if you train early morning in a fasted state like many, your muscles will be well charged with fuel (glycogen) ready to smash your workout without promoting an insulin/blood pressure response of pre workout carbs. (if that’s something you’re even afraid of).

Now if we are afraid of carbs at night because we are less active let’s also acknowledge that sleep is not the only time we are sedentary. Those who work sat on a chair all day in an office are very inactive for a similar period of time so no carbs after you start at the office then? No carbs before a long car drive? No carbs here and no carbs there blah blah let’s just stop. Carbs at night, carbs in the day or carbs never (no thanks) it doesn’t hold such importance to the overall goal. As in most cases Calories in vs. Calories out are the main important factor in fat loss. 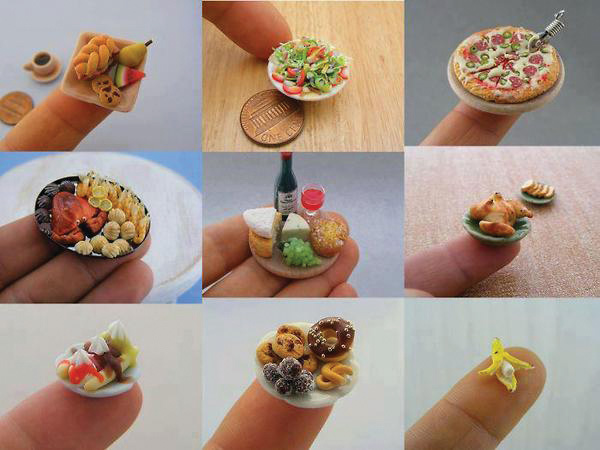 It’s another common trend to be told generically to eat “small but often” to stave hunger and increase satiety. HOWEVER employing this method of drip dosing carbs in small doses and often promotes a vicious circle of insulin response that actually creates a pattern in the body of sending a regular hunger signal to the brain. Small doses of carbs constantly promote insulin to drive the glucose into the muscle cell, when this secretion of insulin diminishes you feel the sensation of hunger again to trick you to add more carbs to the conveyer belt. When in fact it kinda sounds reasonable to employ this “little but often” periodisation it’s actually promoting hunger because your body is now used to this pattern.

However I believe if you ate carbs less frequently with more time between carb dosings, you would be less hungry because your own body would ramp up systems that deal with glucose production, and keep your blood glucose steady. Yes if your body is used to frequent meals then changing to a less frequent intake will make you feel hungry at first but as your body readjusts to this it will level out and become used to your new pattern of eating that perhaps fits your lifestyle/training better. Does small but often work? YES. Is it necessary? NOPE. 7 meals a day or 3 large meals a day (I know a bodybuilder and a good one, that eats once or twice a day) it’s all the same. Calories in vs. calories out are maintained things are going to happen right. (are you seeing the trend?) 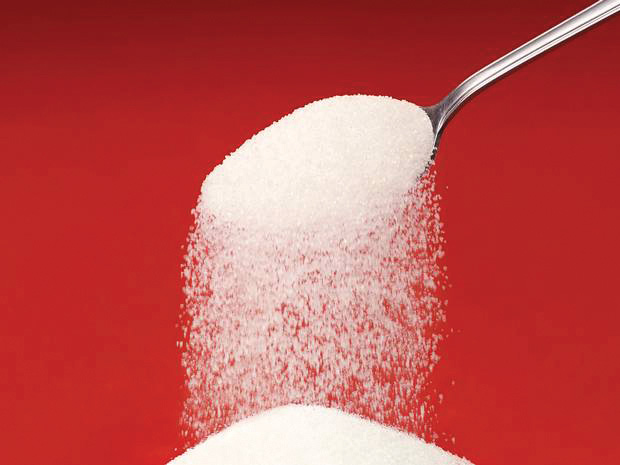 Sugars are the enemy

Let’s talk about the “avoidance” and “stick to” methods for a second. The go to advice employed by the masses of “Pocket Experts” is usually to avoid certain elements or “Stick to” this and that etc and the main one that is demonised is Sugar. Sugar is bad, Sugar is the enemy, Sugar is the DEVIL, DON’T EVEN LOOK AT SUGAR…..yeah sure mate.

All Carbohydrates are sugar. Now put simply (as this is a subject I have covered in depth and will again soon) good carbs (complex sugars) and bad carbs (simple sugars) aside from fibre content only really differ in the process that the body needs to employ to break them down into Glucose (blood sugar). Once broken down they are then transported into the cell as Glycogen with the help of our good buddy insulin (which knocks on the door of the cell in passing for it to open and accept its dose). Complex carbs are just a chain of scary simple carbs bound together that your body just needs to first break down into separate (bad carbs) elements in order to then process them. Which obviously takes a little longer and makes them slower. So when the complex sugar is broken down in to separate simple sugars it goes in the pile of simple sugars with the other simple sugars ready to be used as simple sugars. IT’S ALL THE SAME FUEL IN THE TANK. Have too much and you will put on fat, have too little and the body will compensate by putting on fat (emergency store). Have just enough and the body is happy and confident there is enough fuel coming in to power the whole process then you will drop the extra stores. Calories in vs. CALORIES OUT (ok now surely your seeing the trend now come on?) 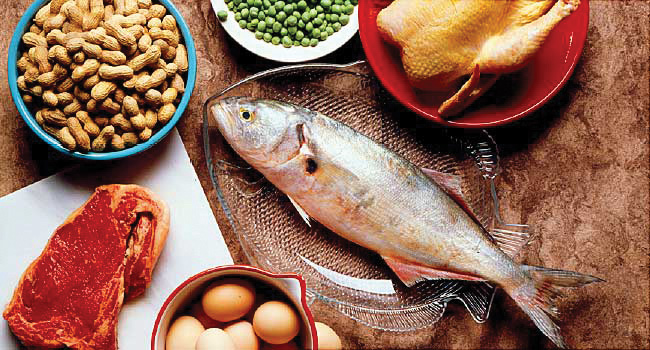 One major error usually made by guys who are eager to pack on the muscle is to eat as much protein as possible to achieve it. In short Protein contains calories, 4kcal per gram in fact so let’s just imagine you don’t actually need so much. If this is in fact the case consuming 300g Protein when perhaps for your bodyweight you only require 240g on a diet that is restricting your carbohydrates and making you suffer and sacrifice doesn’t add up. If you correctly calculate your protein requirements this will free up calories (calories in vs. calories out remember) for you to up your carb intake and have that banana or chocolate rice cake that’s been whispering your name. In the above instance this would equate to saving 240kcal or 60g of extra carbs in your day. YES PLEASE!!

There is just no evidence that anything over 1g/lb is beneficial for anabolism and there is evidence that going too high can actually reduce the anabolic response. “Shakes are not ‘needed’ either but there is also no reason to cut them out. As far as having Amino Acid (building blocks of protein) profiles that are better than whole foods, whey has probably the best profile in terms of bioavailability and leucine content and there is strong evidence that leucine is the only amino acid that can independently stimulate protein synthesis” Dr Layne Norton PHD.

Also research shows that when consumed alongside Carbs and Fat will Plateau amino acid levels for around 3 hours and they will start falling off after that but at 5 hours post meal they are still elevated above baseline. In short this means again that meal frequency (discussed above) again isn’t such a factor even from a protein consumption point of view.

I recommend that you’re in the mind set of consuming 30g of protein within a 4 hour period and then the carbs and fats intake just as you like or to fit your lifestyle as long as your CALORIES IN VS CALORIES OUT are in check ha-ha.

Yes there is a lot of information and misinformation out there on the web but there is also a library of accurate studies and information available. If you are really serious about getting it right then websites such as Pub MED and other published study sources are a great place to stop by. Also it’s great to find certain figures online that have reputations for studies and writing and passing on ACTUAL facts and proven information and sticking with them.

Following “Bro science” advice, Level 1 PT gym instructor internet blog nonsense and over hyped useless product label instructions without question just simply won’t help you achieve more than a lighter wallet. Take some time to do some research it’s for a good cause… YOU!! 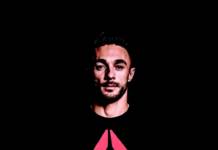 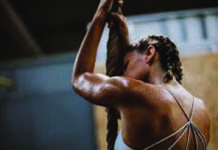 THE WORLDS GREATEST WORKOUT PLAN AND NUTRITION PROGRAMME EVER MADE (EVER) 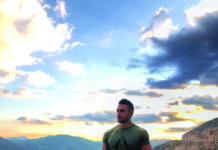 HEALTH & FITNESS – USE IT OR LOSE IT – RAFAEL MOTLOCK