As we wave goodbye to August (we´ll miss you Starlite and people gazing at the Polo) rather than getting too nostalgic at Marbella Rocks Towers we are celebrating calmness over chaos as we roll into September! No ridiculous supermarket queues, driving through the San Pedro tunnel at more than 5 km/ph and us ladies, glowing not sweating!

There´s still lots of fun to be had this month, however. Just take the launch of new nightclub Mosaic, a mammoth 24-hour charity DJ set at Puro Beach and an all year round ice-skating rink in San Pedro. Who´d have thought it?!

If some of you are feeling the over excesses of summer, we are pleased to provide answers to your health and exercise conundrums in the Key to Fat Loss by columnist Peet and a guide to Conditioning your Core Strength by Jojo.

Following on the fitness theme, we give you the ultimate guide to the Rugby World Cup 2015, where we´ve left no stone unturned. Who are the main contenders, matches to watch, who is in with a fighting chance? Hopefully England as they are playing on home ground! Plus, we have an overview of the World Cup from professional rugby player, Martin “Chariots” Offiah, all round rugby legend.

Elsewhere, we have an exclusive fashion shoot with the immensely talented designer Antonio Mac. He´s already taken Italy and the US by storm and, you heard it here first… the acclaimed fashionista will be coming to Marbella next year to launch his designs here. Watch this space…

If you´re a fan of the Best of the Web page, you have to read one of our favourite entries yet… two Florida residents duped people into buying golden tickets to heaven for $99? We don´t know what´s more worrying the ticket touts or the nutcases buying them. The story unfolds even more with hilarious Facebook replies, read page 114 to find out more.

Enjoy your September, we will! 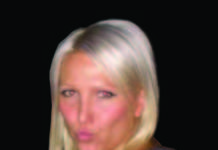 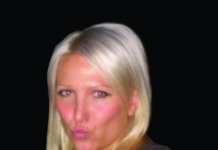