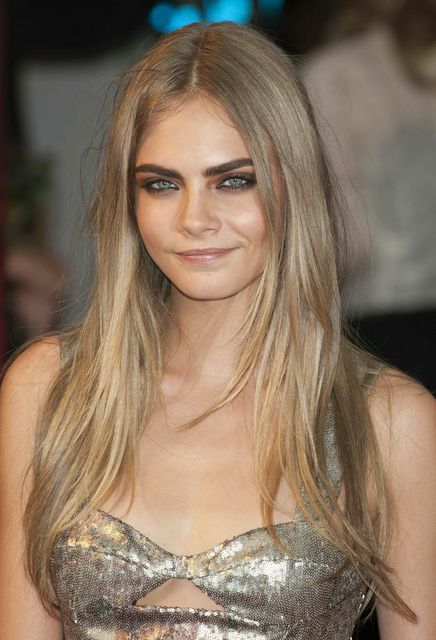 Cara Delevingne is probably the luckiest girl in the world. Not only is she the model of the moment, with a whopping 8 campaigns under her designer belt, but the 22-year-old can act and it looks like she might become the next big singing sensation.

The rumour mill has gone into overdrive that she has been signed by none other than Simon Cowell’s SyCo record label. Earlier this year, Cara was spotted leaving his London office and Sinitta, who often mentors acts alongside Cowell on ‘X Factor’, revealed that she was working with the model on a “top-secret project”. Although both Cara and Cowell’s camps are remaining tight lipped on the matter… for now.

Cara has also previously expressed a desire to break into music. “If I’ve made a fair bit of money or whatever, I can stop modeling and I’ll do music,” she said. “I will cut six months out of the year to make an album. That’s the point. I can’t just be here and there do recording sessions, you’ve got to stop and you get rid of everything, all the s**t that’s going on around you and actually lock yourself away and do it.”

Cara’s already proven she has a set of lungs. She first recorded an acoustic track with London musician Will Heard in August last year called “Sonnentanz” (Sun Don’t Shine) which has received over 500,000 plus plays on You Tube. The song peaked at number 3 on the iTunes Singles Chart.

Despite Delevingne already having friends in the industry such as Rihanna, Taylor Swift and Rita Ora (or “wifey” as she calls her!), the actress has said that pop music isn’t her thing.

She described her musical style as “quite jazzy, quite soulful…My voice is very husky. It’s always about emotions. Well, usually anyway. I’m just not into happy-clappy pop. Unless it’s happy-clappy pop in a good way.”

The model can also play the guitar in addition to the drums and even recorded an album with “American Idol” creator Simon Fuller in her teens, although when her modeling career took off, she was unable to dedicate the time required to Fuller and the album was scrapped.

Cara Delevingne signed with Storm Model Management in 2009 (where her sister Poppy was also scouted) and was instantly snapped up by Burberry and Clements Rebeiro to star in their respective fashion shows.

Her natural light blonde hair, steely blue eyes and…of course, her trademark brows, made her stand out from her peers.

In the last 4 years, Delevingne has gone from strength to strength in the modeling world, featuring in advertising campaigns for DKNY, Burberry, Chanel, Victoria’s Secret, Authentic Collection, Blumarine, Zara and H&M. She has already been shot by the world’s most famous photographer Mario Testino, graced the cover of Vogue a staggering 10 times and has won “Model of the Year” and “Star Face of the Year.”

Her stock is still rising with more deals in the pipeline according to insiders. Not bad for a girl once modeled for Cadbury’s. This is Cara aged 8, Marbella Rocks office couldn’t believe it either!!

In 2012, Cara had her first break into acting playing Princess Sorokina in the film adaptation of Tolstoy’s Anna Karenina.

She also made it down to the final few in casting for the most recent ‘Alice In Wonderland’ film directed by Tim Burton, but lost the role to Australian actress Mia Wasikowska in the final stages of auditions.

She then went onto star opposite Kate Beckinsale in ‘The Face of an Angel’ and as Violet in Brit flick ‘Kids in Love’ before landing her biggest role to date in the fantasy film ‘Pan’, coming out next year. Hugh Jackman and Amanda Seyfried are among the other A-listers involved in the film.

She often tries to downplay her heritage but Cara Delevingne was born into one of the most affluent families in Chelsea. Her father Charles is a hugely successful property developer while her mother Pandora is one of the Duchess of York’s best friends. Her grandfathers were Newspaper proprietors and politicians and her grandmother was also lady-in-waiting and confidente to Princess Margaret. Her godmother is US actress Joan Collins.

Cara went to the prestigious £10,000 a term Bedales School and the family reportedly own 6 properties, not including the Belgravia one they sold recently for a cool £10.5 million. They all lead a jet set lifestyle and Cara grew up regularly hanging out with Mick Jagger’s daughter Georgia May and Bob Geldof’s daughter Pixie.

Nine years before Cara broke into the modeling world, her older sister Poppy (now 28) was already well established on the scene having been signed by Sarah Doukas, the founder of Storm, while still at school. She landed campaigns for Burberry, Mango and Jigsaw before moving to LA to start a career in acting – which she is still actively persuing. To date she’s had a bit part in the Richard Curtis’ hit ‘film The Boat That Rocked’ and several other small roles

Cara is not only breathtakingly beautiful but she has the personality to boot. Described by friends as “crazy and cool”, she if often spotted on fashion shoots messing around and pulling gurn-like faces. “This is part of her appeal and charm,” say photographers and editors who work with her. “She is mischievous and can have fun as well.”

CAN SHE MAKE IT WHERE OTHERS HAVE FAILED?

Models who’ve tried their hand at singing include Karen Elson who had a semi-successful career singing country tunes and Heidi Klum who had a not so successful time in the German market. Could Cara really be the one to do it all Model/Actress/Socialite/Singer. We’ll be watching and waiting to report on when it does! 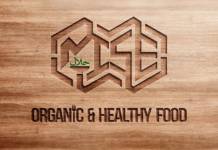 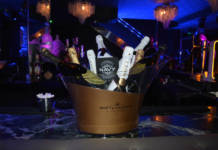