Beyonce and Jay Z have proudly announced the news of the birth of their twins – a boy and girl.

Close family and friends were notified first before reports appeared on US Weekly and other sites. The twins actually made their appearance on their due date and the proud parents are mulling over names. With a 5-year old sibling named Blue Ivy we are expecting something out of leftfield for the Bey-bies. 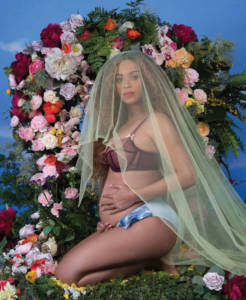 Appropriately, their bundles of joy were born on June 13 under Gemini, the Zodiac sign actually symbolised with twins.

Beyonce first announced the news she was expecting alongside her scan picture on Instagram in February saying, “We would like to share our love and happiness. We have been blessed two times over.”

Jay Z recently sparked rumours Bey had gone into labour early when he skipped an appearance at the Songwriters Hall of Fame Awards, where he was due to be inducted by former US president Barack Obama.